The Simple Faith of Satan, Part 2: Phaëton's Epic Phail - or - Don't Treat That Puppy Like a Dog 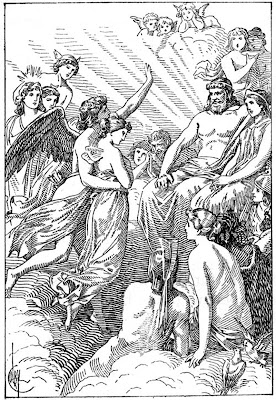 The Graeco-Roman gods were much like our celebrities and politicians today.  They lived in an exclusive neighborhood, only took notice of human affairs when it suited their agendas, and enjoyed all manner of power, privilege, and drooling sycophants, despite lacking any discernible signs of intelligence, decency, or even common sense.  Needless to say, this made them extremely popular among the Greeks and Romans--watching and recounting the foibles of their deities made them feel all kinds of better about themselves.  Today, we'd give them their own reality show. 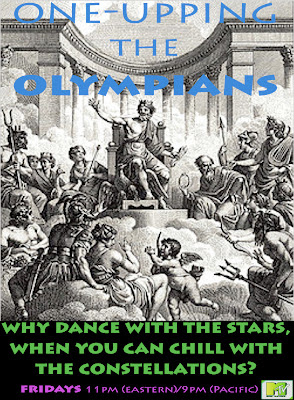 In one of these episodes, the sun god (Apollo or Helios, depending which version you read) has a fling with a mortal woman and gets her pregnant.  Since Roe v. Wade and the HHS mandate haven't been invented yet, the child is born, and they name him Phaëton (and you thought Frank Zappa was cruel!)  Without his father around, the boy grows into an angsty teen with identity issues, not unlike the young James T. Kirk in the Star Trek reboot.  So to soothe his burning self-image, he decides to claim his heritage.

Climbing to the top of Mt. Olympus, he confronts his father and plays the Deadbeat Dad card to guilt-trip the old man into giving him the keys to the sun chariot.  He then proceeds to score himself a ginormous blunt and a bottle of Everclear, and take the sun for a joyride. 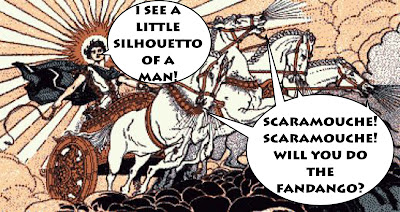 It ends badly.  After several hours of weaving all over the heavens, shooting holes in traffic signs, taking out mailboxes, and burning crop circles into the earth, he's screwed things up so much that even Zeus notices.  To restore order and mollify his shareholders, the king of the gods takes the kid out with a thunderbolt and lets the horses find their way home to sleep it off.

What does any of this have to do with dissent within the Church?  Well, the roots of modern dissent stem from a similar situation.

During the Middle Ages (c. 476-1453 A.D.), the shapers and movers in the Church were in a bit of a quandary.  The good news was, the barbarians were converting in droves.  The bad news was, they were still barbarians. 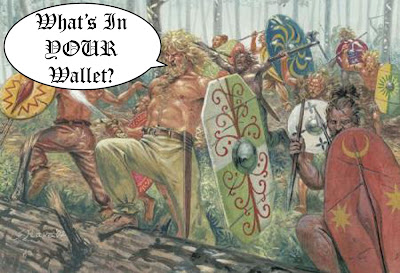 St. Augustine (353-430) had said, "I believe, in order to understand."  Looks good on parchment.  In practice, however, lots of people believed, but precious few understood.  Charlemagne (r. 768-814) helped a bit by inventing Catholic Schools, but that only did so much good because:

So what was the Church to do?  Well, she did lots of things, in fact.  She invented universities to provide a better standard of education, encouraged every promising child to attend the cathedral schools, and used the artwork inside the church buildings to give lessons in catechetics and salvation history.  She even sponsored the rebirth of theatre, to illustrate Bible stories and lessons in morality.

Still, it was fairly clear that these guys 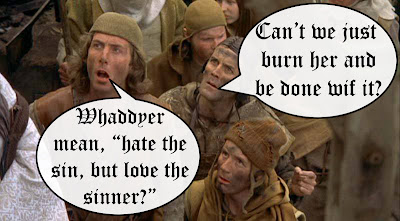 weren't going to ready for concepts like transubstantiation, the hypostatic union, or the Mosaic roots of Catholic liturgical praxis any time soon.

The Church's response was two-pronged.  First, she took the delicate stuff (e.g., the liturgy) and put it entirely in the hands of trained professionals, to make sure things got done right (it almost worked, most of the time).  The laity were given a passive role, offering their own prayers silently in union with the Eucharistic sacrifice of the altar.  Great?  No, but it was the best anyone could come up with, given the circumstances of the time.

Secondly, she took the Depost of Faith--conciliar documents, Papal pronouncements, the Bible, and the best of the Ancient Fathers--collated it, systematized it, and condensed it into a series of lists and short answers that were easy to memorize:  10 Commandments, 7 Deadly Sins, 7 Gifts of the Holy Ghost, 3 Theological Virtues, 3 Evangelical Counsels, 4 Sins that Cry to Heaven for Vengeance, etc.

Think how many lists and sound-bytes fill our lives today, especially online, be it YouTube clips, Cracked.com, or St. Peter's List.  We can't get enough of 'em!  Same thing back then.  By the end of the Council of Trent in 1563, she had a reasonably complete Non-reader's Digest condensed version of the Faith (it eventually evolved into the Baltimore Catechism).  Plus, she'd started a seminary system to produce a better grade of priests.  They'd be well-formed, literate, and qualified to hear confessions on a regular basis (and make frequent confessions themselves).  With the printing press changing the game on education, the laity were sure to follow.

And that's just what happened.

By the twentieth century, the Church realized that her lay children were smart enough now to get more directly engaged with the Faith, living it out in the world, and applying its values in the public square.  Vatican Council II streamlined the liturgy (even more than Trent had), permitted use of the vernacular to help the laity get a handle on what was going on, and opened up a bit to show the world outside there was a Church in there they might want to check out.  In a word, the Church trusted us. 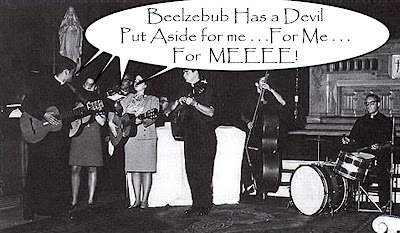 Well, for one thing, although Modern Man was indeed literate and better educated than his medieval forbears, he wasn't necessarily well educated in the Faith.  Remember that condensed edition I mentioned that became the Baltimore Catechism?  Well, that wound up being part of the problem.  Not that there's anything wrong with the Baltimore Catechism.  It was, and still is, a fine way to begin your formation in the Faith.

But it's a lousy place to end your formation in the Faith.

That's what was happening all too often to John Q. Catholic.  The "trained experts" had been responsible for all the important stuff for so long that it had gone to their heads.  They really didn't feel like they much needed the laity for anything except to "pray, pay, and obey."  This was the unfortunate attitude known as Clericalism.  Since they decided that anything beyond the most basic level theology was too much for the average layman, they didn't really teach any of the whys and wherefores of the Faith.  As a result, they had to solid answers to give when an increasingly secular world started questioning them.

And a secular world it was, folks.  Religion had been merely a set of motion people went through because that was what one did.  When a generation came along that demanded a rationale for all this keeping up of appearances, nobody seemed to have one.  The result was a social revolution.  And wouldn't you just know it'd come along just as the Council put the reins in the hands of the laity.

This is why many people who lived through those days (Traddies, for example) feel that the Council effectively did little more than put the inmates in charge of the asylum.  Sad thing is, the lunatics thought so, too.  This is what today we call:

THE HERMENEUTIC OF RUPTURE

I know, I know, I hate big, pretentious, annoying words like "hermeneutic," too.  It simply means that a whole lot of people couldn't tell the difference between this . . .

Now you know why.