Catholic Memes posted this on their Facebook page today.  It's too funny not to pass along.
If you don't recognize him with the shades, that's Dr. Scott Hahn in the role of Morpheus.  If Vatican II was the Church's new Pentecost, Scott Hahn is our new St. Paul - a former anti-Catholic Scripture scholar with a remarkable gift for demonstrating the Biblical basis of Catholic teaching.  The reference here is to his book, The Lamb's Supper.  Read it.  Now.  Thank me later.  You'll never look at the Apocalypse - or the Liturgy - the same way again.

Cradle Catholic though I am, I discovered Revelation the same way Dr. Hahn did:  Hal Lindsay's The Late, Great Planet Earth.  I'm not sure I was even ten yet when I saw that movie, and I bought a lot of it hook, line, and sinker (How do you argue with Orson Welles?)  Many younger folks have been fed the same interpretation through the Left Behind series.

Dr. Hahn's exploration focuses largely on the liturgical aspects of the Bible's last book.  Remember, most of what we see centers on what's going on in Heaven, and the worship of God in Paradise.  We have candles, and altar, incense, a choir singing the Sanctus, etc.  Most importantly, we note that God's actions in Revelation always occur in response to the prayers of the faithful, something to keep in mind in times like these.

Which is what I really wanted to talk about.  There's also a Beast in Revelation, one often identified with the Antichrist, the "man of lawlessness" St. Paul tells us of in 2 Thessalonians. 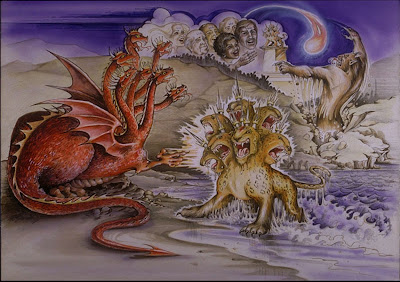 Paul says he is to come on the heels of a final rebellion against God.  Our Lord, too, warns that "many will fall away, and betray one another, and hate one another.  And many false prophets will arise and lead many astray.  And because wickedness is multiplied, most men's love will grow cold." (Matt. 24: 10-12)

Now, let me emphasize that I am NOT saying the End O' the World is necessarily nigh.  It could very well just be the end of Western Civilization as we know it, and from a Divine perspective, that's not very serious. God's call to holiness, the saving merits of Christ's Passion, and the guidance of the Holy Spirit pervade all times and places.

That said, look at the world around us (and aren't we just surrounded by the world today?)  The number of Americans professing no religious affiliation is at an all-time high.  Only 9% of Catholics cite their faith as the major influence on their political worldview.  48% are pro-"choice."  And as to how the Catholic vote's breaking, do I even need to go there? 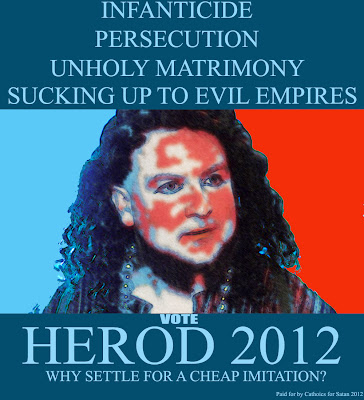 They're going to fall away.  I know, the dissenters insist they're not going anywhere, but they are.  And of their own accord, most of them, not because they get excommunicated.  Once the real persecutions start, you'll see a lot of them split off.  It'll happen fast.  Probably a schism at first, something like they have in China:   All of the smells, and all of the bells, but no binding doctrine or mention of hell.  It'll be interesting to see whose faith gets lost, and whose turns around and grows strong in the face of trials.  I expect there will be surprises on both scores.

If this is the agenda we're allowing, if not openly advocating for our society, how long before we reach the point where Satan takes the mask off and decides to rule outright?  All it would take is a little honesty on the part of the Media-Intellectual Complex to come out and acknowledge whom they're really serving. 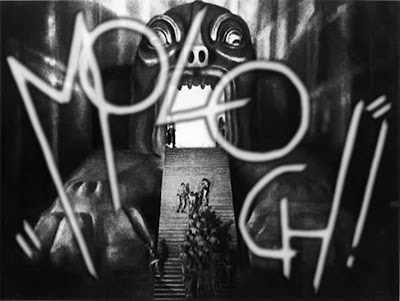 Turning and turning in the widening gyre,
The falcon cannot hear the falconer.
Things fall apart, the center cannot hold.
Mere anarchy is loosed upon the world.
The blood-dimmed tide is loosed, and everywhere
The ceremony of innocence is drowned.
The best lack all conviction, while the worst
Are full of passionate intensity.

Surely some revelation is at hand.
Surely the Second Coming is at hand!

The Second Coming - hardly are these words out,
When a vast image out of spiritus mundi
Troubles my sight.  Somewhere in the desert,
A shape with a lion body and the head of a man,
Gaze blank and pitiless as the sun,
Is moving its slow thighs, while all about
Reel shadows of the indignant desert birds.

The darkness drops again, but now I know
That twenty centuries of stony sleep
Were vexed to nightmare by a rocking cradle.
And what rough beast, its hour come round at last,
Slouches toward Bethlehem to be born?  -Yeats
Posted by adonais060669@gmail.com at 4:02 AM