Why I Don't Fret Much About Atheists 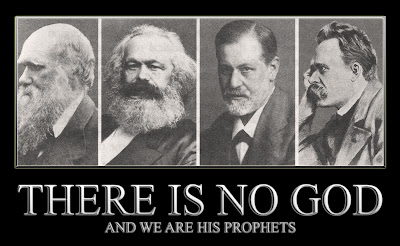 If you're already a fan of Bad Catholic, you'll know he delights in making atheists' heads explode.  If you read my last post about his new organization, 1Flesh, you know they're taking on the task of showing the world that Humanae Vitae was right.

The timing couldn't be better.  With the hullabaloo over Obamacare and the HHS mandate, the Fortnight for Freedom vs. the so-called War on Women, people are hungry for answers on what exactly the Church teaches on contraception, why, and what reasonable arguments are there on the subject.  It's no surprise, then, that 1Flesh has gone viral.  Just a few days into the official launch, the site's had so many hits, they're sprawling for a server big enough to handle it.  Their Facebook page, as of this writing, four days into its announcement, has over 2300 likes.  The world is listening.

Needless to say, the world, the flesh, and the devil aren't going to take this lying down.  Haters gonna hate.

You've probably been expecting this.  In fact, some small part of you has probably been kinda hoping for it.  Come on.  You can admit it.  Some small part of me wanted it, too.  I think it's kind of hard-wired in us, sometimes, to want to ride forth into battle for Truth, Justice, and the Latin Rite.
On the whole, though, I'm not really big on arguing with atheists.  With some exceptions, I see no point in it, other than the sheer joy of battle, which is risky to your spiritual health.  As St. Escriva said, it's not wise to waste time throwing stones at the dogs who bark at you along your way.  Oh, the Gentiles are raging again?  Ho-hum.  Been there.  Done that.  It's the same old song and dance (cue Aerosmith).  It amounts to, "Come down, and we will believe!" (cf. Mark 15: 32)


And that's just it, isn't it?  The whole of our faith, its single most important claim, is that Jesus Christ literally, physically rose from the dead one Sunday morning in A.D. 33.  That is the hope in which we are called.  For this hope, we do things that otherwise would seem counter-productive, if not downright masochistic.  We accept and bear our crosses and trials with patience, bless those who curse us, do good to our persecutors, return good for evil, forgive injuries and ask pardon for our own, always putting our own self-interest last.  At least, we're supposed to.  If you don't believe in the hope of a resurrection - what unbelievers call the "pie in the sky" - why wouldn't you baulk at such moral teachings?  St. Paul saw this clearly:


If Christ has not been raised, your faith is futile and you are still in your sins.  Then those who have fallen asleep in Christ have perished.  If for this life only we have hoped in Christ, we are of all men most to be pitied (1 Cor. 15: 16-19).

Either God exists, revealed to us His will through the Scriptures and a teaching Church, and will come to judge the living and the dead unto eternal reward or punishment,

-OR-
Christianity is by far the single greatest crime against humanity ever conceived, and must be destroyed at all costs.  It logically follows.  Debate in these cases, then, comes down to first premises.  You've got to be far more skilled than I to get anywhere in situations like that.

So I cut the honest atheist of good will a lot of slack.  As I've said elsewhere in these pages, faith is a gift.  We can't achieve belief on our own.  And this is why we leave the judging of people up to God.  We can discern the objective matter of a deed, but only God knows the extent of anyone's culpability.  Some of the atheists who hate us because some of us first hated them.  You will usually do more harm than good to a soul by telling him he's going to hell.  Most people today are already in hell.  If you want to evangelize people, start by getting them to admit that, then show them the Way out.

That's for the "honest" atheists, mind you.

There is, of course, another species of atheist.

These are the ones you see and hear about the most.  I suspect they're a great, loud-mouthed minority, like planes that crash, or self-styled pro-lifers who think we can show killing babies is wrong by blowing up buildings and shooting doctors.  A lot of outsiders think most of us are like that.  Let's not make the same mistake about others.

For a small minority, though, these folks sure do get around.  I've not had any here yet, but the blog is young.  (Heck, I don't even get spam yet.)  I don't argue with this type, because they're not interested in debate.  They don't want to improve their understanding, nor do they wish to enlighten others.  They just want to pick a fight. 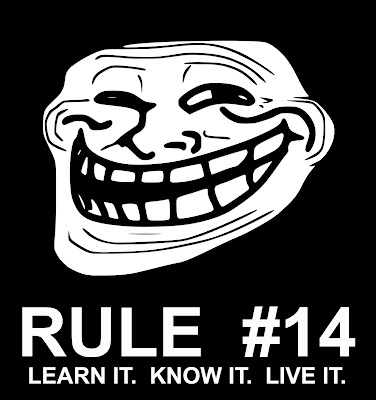 It's Envy incarnate:  people who can't stand anybody else being happy, and feel they have a right and/or duty to "bring them down a peg or two."

Traditional catechetics teaches that Envy of Another's Spiritual Good is a subspecies of blasphemy against the Holy Ghost.  Such sins are all but unforgivable, for it is hard to repent when you reflexively sneer at Mercy itself.  Appeals to reason cannot prevail here.  Even prayer can be doubtful.

Such people may not believe in God, but they serve a god.  The god who is always most powerful when his existence is denied. 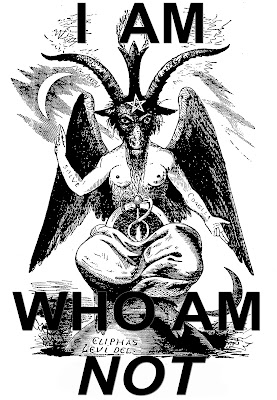